US Farmers Doing Everything They Could To Fight Covid-19 Pandemic

In the last decade, the farmers of the united states are under financial hardships due to the US-China war, which made thousands of farmers out of their business. On the other hand, nature has to play its part too, which results in farmers losing their hundreds of acres of farming land due to flooding. Lastly, the blistering heatwave due to global warming caused a substantial amount of decrease in crop growth in the Midwest. And now, as the start of the new decade, we are only in the third month, and the Coronavirus pandemic has given another hard blow to the already vulnerable farm economy of America.

As the winter was at the brisk of its end, giving spring a way to brighten up the upcoming months. Farmers all across the states are ramping up their supplies and machines for the crop growing season, which was to start in the mid of the march. But as per the experts, crop cultivation will be halted as the precautionary steps are being taken all over America to stop the transmit of COVID-19 pandemic. Right now, everyone is looking for a way to find out what they can do in order to keep their business from running out. In the food industry, there is just a lot of disruption from the start of the food cycle from farms to the very end of it, which is the restaurants and bars. Everyone is under the knife and is making them have enough funds to make their living in this pandemic. One of the most notably falling commodities we can see in the overall US agricultural economics is the lower demand for corn-based ethanol due to the prices of oil getting higher day by day in the global crude oil industry.

One of the farmers who is in crop growing business for a long time said this is something the farming industry has never faced in such a long time. Right now, people need to be patient and understand the change in the market and find ways to sell their products for the foreseeable future.

The Silver Lining For Farmers

As for now, we still see record-setting corn crops. Which is being on the rise year after year. When it comes to soybean production along with cotton production. Farming for both these materials requires warm summer, which is on the weather books, which is beneficial for those farmers who rely on wheat production. According to one of the reports by AccuWeather, in the year 2020, the corn production can see growth in trade as it will reach 15.486 billion bushels. The record for the all-time best annual corn production was set in the year 2016 when the farmers were able to cultivate 15.15 billion bushels in a single year. Last year has been one of the worst as annual US corn production was only about 13.69 billion bushels, the lowest since 2015. On the other hand, AccuWeather has come up with a 13 percent increase in this year’s corn production, which is largets when it comes to year-over-year increase since 2013.

Also, soybean production is going to be strong this year and can see a great comeback in the US market as people are likely scared of putting anything in their mouths, which is related to animals in one way or the other. Due to the hoax about the Cornovirus being spread by eating animal meat. With a production of Soybean estimated to be more than 4.528 billion bushels given by the fact that there are 83.5 million acres of land on which farmers harvest soybean plant. As a result, if you can do the math, you will see a total increase of 19% from the year 2019, which was 3.558 billion, which was also the lowest since the year 2013. In the next two weeks on the date of 9th April 2020. The US Department of Agriculture (USDA) will be releasing it is world agricultural Supply and Demand Estimates (WASDE) as things stand now due to the Coronavirus shutting most of the things down in the states. The estimated done by the department were 15.458 billion bushels for corn; soybeans: 4.194 billion bushels for soybeans bushels;1.836 billion bushels for wheat, and 19.5 million bales for cotton.

The Issue Regarding Farming

According to some farmers, the biggest roadblock in this year’s cultivation of crops will the workforce needed to complete the process. As the government has made it clear for everyone to stay in their homes and don’t come out until this must make it hard for the farmers who own acres of land for farming, this will results in a shortage of labor as the planting season in mid-April. To stop the spreading of the virus, Donal Trump has made it clear that no immigrants are allowed to cross the borders of America until the danger is less severe to handle.

Likewise, some farmers are looking for other ways to get help from the government many of the farm trade groups are lobbying the administration to give them financial aid to those farmers who are enduring the loss due to price and demand drop because of COVID-19 pandemic.

But every hour, the panic is on the rise as the state government is asking for lockdowns and shutters of the business to be closed until any further notice, along with asking people to stay at home. As a result, a lot of consumer items that don’t have excellent shelf life are being sold at half the prices so the stock can be lifted off from store shelves. Also, the restaurants are closed for an indefinite period; thus, leading several foodservice providers to have significant losses in their monthly revenue as everything is shut, people are not able to earn enough to buy what they want and opting for cheaper food products such as pasta, and beans from the local stores that are non-perishable goods.

Furthermore, the government has halted the moment of the goods and services, meaning products that are now ready for shipping by farmers are staying in the warehouse as transportation is blocked. As there is a ray of hope, you can also find darkness. We were talking about how corn and soybean cultivation numbers are on the rise due to the perfect warm conditions for them to grow. But as of now, the future need for corn has declined by almost 10%. The soybean future demand is also facing a decline of 4% along with the wheat future, which gets the hit by 2%. The most affected field of farming is that of cattle, which will see the decline of 13% shortly due to Coronavirus.

Moreover, if you are thinking it’s just the agricultural farmers who’re are being devastated by this pandemic, then you are wrong. The dairy prices have fallen significantly as the canteens of colleges and schools are closed due to the lockdown. On the other hand, grocery stores have seen a rise in their sales numbers. But the primary concern is about the milk prices, which is covers almost half part the portion of the dairy products. The price for milk and products related to it is going to fall by up to 25% this year; this is considered to be a massive blow to small milk producers leading them to go out of business if the price goes down even more.

The New York dairy farmer Mr. Nathan Chittenden said: “it all depends on the businesses, and how they will deal with the loss, all the restaurants and coffeehouses that are being closed in the city due to the Coronavirus is a huge blow to the dairy industry in the city” he also talked about his concern related to the transportation of his milk from the farm every day. He said, “on a normal day truck drivers would come to his farm and pick up the milk for delivery, and in this transport as a business, we are used to the temporary uncertainty due to weather conditions, but nothing can prepare the business for such a prolonged situation like this one.”

Corn production is getting hid hard by this pandemic, primarily due to oil prices, which getting lower day by day, along with a sudden decrease in the movement of the corn across the country. That results in a cut in the demand for ethanol.

The livestock producers of America are asking the Department of Agriculture to allow them some relief in terms of delay payments for government loans to help farmers deal with the situation of a pandemic. The US coronavirus stimulus bill passed by the House and Senate had given 14 billion dollars to the Agriculture Department’s Commodity Credit Corp (CCC) spending authority. Along with this, it is also aiming to provide 9.5 Billion for farmers hurt by the pandemic. 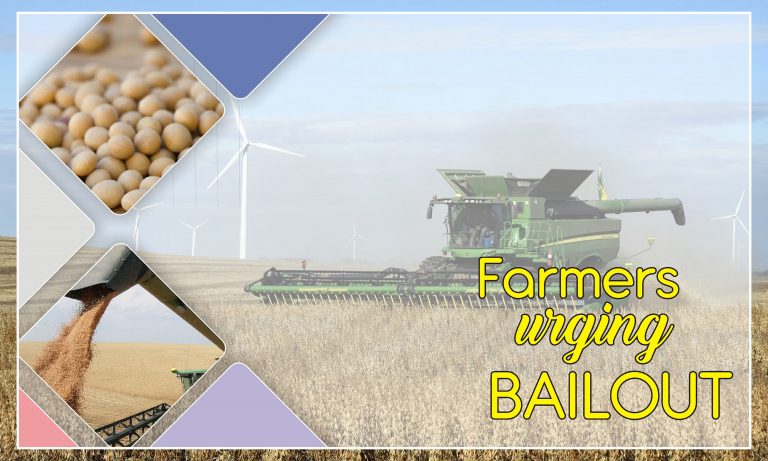 It’s a tough time for all of us, but together with some help from the government can get us through in this pandemic.